LG unveils three mid-range smartphones: the Q60, the K50 and the K40 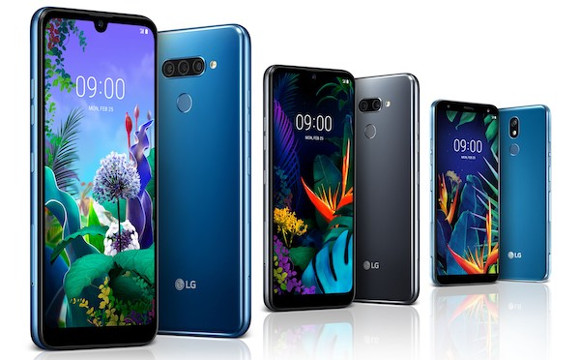 While it will hold a press conference in Barcelona in a few days, LG has still unveiled its entry and mid-range offer in advance. It is composed of three models: the Q60, the K50 and the K40.

As you know, LG will hold a major press conference at the Mobile World Congress. And more precisely the day before the opening of the show, Sunday, February 24. This event, we look forward to it, because the program of the festivities could be quite rich. Two or even three products are expected. First, the G8 ThinQ which concerns us first and foremost. The successor of the G7 TninQ will be available worldwide, because it will be "only" 4G compatible. But it will ship many technologies as demonstrated by the various teasers presented by the brand these past two weeks.

Beautiful program that must not be overloaded
Then the V50 ThinQ which should be the first model of LG compatible 5G. This mobile should be better equipped, more expensive and exclusive to the US market (launch with Sprint). Chances are very slim (if not zero) to cross in Europe. And there is the famous hybrid smartphone dual screen (no folding screen) supposed to be a cheaper alternative to the Galaxy Fold. With such a program, difficult to leave room on stage for other products.

This is certainly why LG has officially presented, with a little advance, three phones that will be present on its stand in Barcelona. These are three less ambitious models, but which will have the heavy task of representing the brand on the volume segments at the beginning of the year. And with Chinese competition, it's not an easy task.

They are called (from left to right on the visual that accompanies this article) the Q60, the K50 and the K40. Let's start with the Q60 which will certainly replace the Q7 presented a year ago, but maybe also Q8 and Q9 which are newer. It features a 6.26-inch IPS HD + display with a small U-shaped slot, a 2 GHz octo-core chipset, 3 GB of RAM, 64 GB of internal storage, a triple 16 + 5 + photo sensor 2 megapixels (the first being the main with phase-detection autofocus, the second a model with wide-angle lens and the third a sensor for calculating depths), a 13-megapixel webcam, a 3500 mAh battery and a reader fingerprint on the back.

The K50 should replace the K11 Plus, K30 and K10 (2018). It has a data sheet relatively similar to that of the Q60 with some small concessions including the photo and storage. It features a 6.26-inch HD IPS display with a small U-shaped slot, an octo-core 2GHz chipset, 3GB of RAM, 32GB of internal storage, a dual 13 + 2 megapixel photo sensor (the first with phase-detection autofocus and the second one being a sensor for calculating depths), a 13-megapixel webcam, a 3500 mAh battery and a reader fingerprint on the back.

The K40 is a smaller version of the K50 and a replacement for the K8 (2018). Here too some concessions, but the essential is always present. This model benefits from a 5.7-inch IPS HD + screen without a notch, an octo-core chipset clocked at 2 GHz, 2 GB of RAM, 32 GB of internal storage, a simple 16 megapixel photo sensor with phase detection autofocus, an 8 megapixel webcam with LED flash, a 3000 mAh battery and a fingerprint reader on the back. It will be necessary to wait for the MWC to obtain the date of exit and the price of these three telephones.
More From Author
Comments