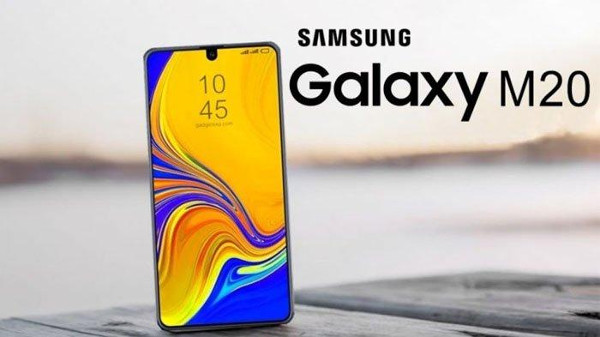 Samsung introduced in January the first two models of its new range M. Marketed in India for a few days, the Galaxy M20 could benefit from an international launch, especially in Europe. It remains to be seen if he will arrive in Europe and when?

One of Samsung's great qualities is its incredible adaptability. When the need arises, the Korean group modifies its strategy to recreate a dynamic of growth. Twice, this was the case in telephony. First in 2008, when the advent of touch screens, with the iPhone as a source of inspiration, Samsung gradually abandoned the feature phones to quickly become number 1 worldwide, while Nokia and BlackBerry were sinking.

Then in 2014, the Galaxy S5, successor to the bestseller Galaxy S4, saw its sales figures drastically decline because considered less qualitative and less innovative than the iPhone. A disenchantment that led to an overhaul of Samsung's strategy with the Galaxy S, Galaxy A and Galaxy J. Four years later, the advent of Chinese brands like Huawei / Honor, Xiaomi, Oppo / OnePlus forced Samsung to review again its catalog and the speed of integration of new technologies in its catalog.

The mid-range better equipped and faster
The Galaxy M20 is a very good example of the result of this redesign. First member with the Galaxy M10 of a new family of products, the Galaxy M20 is a low cost smartphone that benefits from a notch screen and a dual photo sensor, two features we would not have seen arrive as fast in the low cost segment two years ago. And it's not its only assets: 5000 mAh battery, Exynos 7904 octo-core, up to 4 GB of RAM and 64 GB of storage, 8 megapixel webcam, and full connectivity.

Not to mention the price: between 135 and 160 euros in India, depending on the configuration. Made in India, the mobile is sold only on the Internet through flash sales. On the occasion of the presentation of the Galaxy M20, we wondered if the smartphone could benefit from a more traditional international marketing. And it seems that the answer is yes. The SamMobile website reveals that the smartphone could arrive in Europe.

Is it adaptable in Europe?
The specialized site has indeed received several versions of the Galaxy M20 firmware for the German, Spanish and Italian markets. If these versions have been developed, they will have to one day serve something. You will notice that in this short list Europe is not quoted. We do not think it will be forgotten. However, in the past, Samsung France has chosen not to market some models to avoid competing with others. And to believe the recent leaks, the Galaxy A30 could be technically very close to the Galaxy M20. So that one of the two could not be launched in the Hexagon.
More From Author
Comments