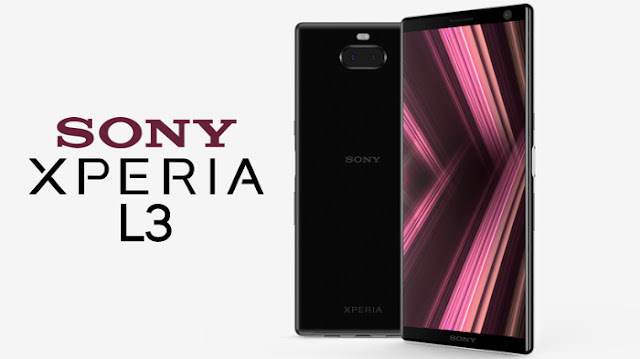 In a week and a half, February 25, Sony will unveil its new smartphones for the first half of 2019. Among them could be the Xperia L3, low cost smartphone which here are the first technical details.

Even if it is far from the most qualitative of Sony's smartphones, the Xperia L2 is, in the low-cost segment, a relatively pleasant and well-equipped phone. Sold over 200 euros (its recommended retail price is 229 euros, but you can find a little cheaper now), the Xperia L2 is what is cheaper at Sony, while remaining in some measure, qualitative. Because, if Sony has removed its old E range, it is that it was detrimental to the image of the firm. It would not be necessary that it starts again with the range L.

A little family look
A range that will continue to exist this year to believe the rumors. For several months, they announce that the Japanese firm is preparing a new low cost smartphone called Xperia L3. We talked about it first time last October thanks to a 3D rendering realized by Steve Hemmerstoffer, aka OnLeaks, and published by Pricebaba. We discovered a smartphone with a familiar design of the Xperia line with a large screen of 5.7 inches and a dual photo sensor (which is very rare at Sony, but should be democratized quickly).

And as much to say, with more than four months in advance, the French leaker had a nose. Carcette week, our colleagues WinFuture have published an article on the Xperia L3, with some visuals that accompanies this article. And we can discover a phone physically very close to what we discovered last fall. We can also add some details: a USB-type-C, a fingerprint reader, a 3.5 mm jack and a mono speaker, all installed on the edges of the phone.

Low cost configuration
The leak of WinFuture is accompanied by some technical details. The Xperia L3 would be well equipped with a 5.7-inch HD + screen without notch. The identity of the chipset is not revealed, but it could be a model of MediaTek, because the component is not yet compatible Android 9.0 Pie. The Xperia L3 would indeed come with Android 8.1 Oreo. The processor would be accompanied here by 3 GB of RAM and 32 GB of internal storage expandable by microSDXC.

The double photo sensor at the back would be a couple 13 + 2 megapixels (the second being devolved to the calculation of depths). The webcam would be a fairly classic 8 megapixel model. It will be necessary to wait for February 25 to know the other photographic details (like the opening of the objectives or the nature of the autofocus). The battery would offer a capacity of 3300 mAh, certainly without fast charge. The shell of the phone would be polycarbonate. The colors proposed at launch would include silver, gray and gold. Finally, its price would be 199 euros. Or a much lower amount than the Xperia L2.
More From Author
Comments